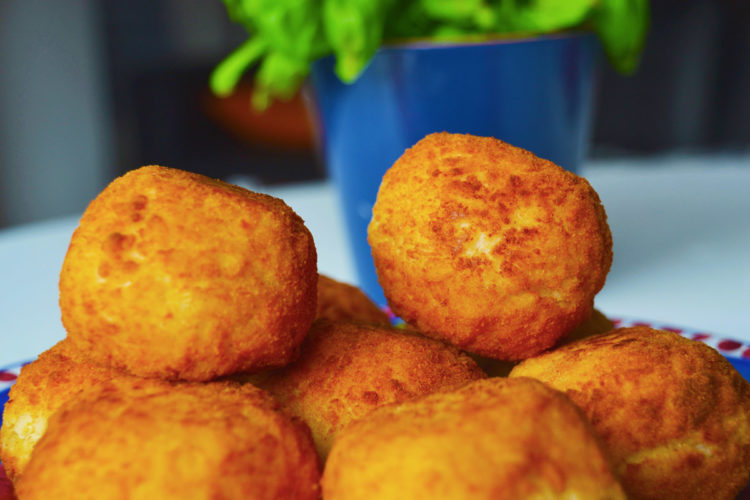 Posted by michele on 3 November 2017 | Featured

Is it said Arancina or Arancino? It is the diatribe that for years separates Sicily between Palermo, strictly feminine, and the eastern area (Catania in the head) that declines it to the masculine. The Academy of the Crusca who responded to the thousands of requests received responding that both forms are valid. Does it seem absurd that the Academy of Crusca should deal with such things as arancina? Well, apparently it is a matter considered fundamental by many. These are the words of Stefania Iannizzotto, “When I arrived at the Academy of Crusca five years ago, it was one of the first things I was asked. To address the question of whether they are called arancini or arancine. I have always refused: too much emotional participation, too many deployments. And then I’m Sicilian, in Ragusa, who would explain it to my friends? ”

“From my side, in Ragusa, orange is female,” says the scholar. “But from 1995 to 2009 I lived in the ethnic capital and I had to adapt to the male. Otherwise it would have been social death for me. ” From the consultation with a Palermo dialectologist, Roberto Sottile, and a Catanian, Salvatore Trovato, “it was possible to reconstruct part of history”.

The first attestations of orange juice regarding stuffed rice dumplings date back to the second half of the nineteenth century. “Traditionally, it is said to be an Arabian meal, since they used to fill their palm of rice, compact it, put a stuffing and eat it,” explains Stefania Iannizzotto. Interesting discovery was that the Arabs called all the meatballs they did with fruit names, regardless of their filling. In Sicily, historically rich in oranges, the reference fruit came by itself. In Trentino they would call her like apples in Tuscany like cherries. ” In 1857 citing arancinu, male, is Giuseppe Biundi, in the Sicilian-Italian dictionary. This is the first circumstance in which a name is associated with the dish. However, this is not a salty dish, but a sweet one. In order to certify a salty meatball, wait another ten years. “There is another factor to consider.

The name may not be derived only from fruit but also from color. For the first time the word arancinu appears it indicates orange. ” To this point, however, everything would give the reason for the version that wants the rice sauce in the sauce to end up with -o. And, for the Cataniaans, they are undoubtedly ethnically. “I did not find women’s attorneys anywhere before the twentieth century, I blinked my head and tried harder,” says the academic. “He was also male in Palermo,” he says. But it’s just the prelude to a shotgun.

In other words: the dialect wants the fruit to be called aranciu, from which the orange that resembles us. In Italian, however, the fruit is still orange, from which the orange. “A form perceived as the most just. Large cities and urban centers are more attentive to the language news, even for a matter of prestige. Palermo accepts linguistic changes faster, so it has transposed the Italian version. ”

The result is that there is no better version than the other: simply the male is dialect, the female is Italian.

How to reach us